You are here: Home / Law & Legislation

The Scrap Metal Dealers Act 2013 achieved Royal Assent on 28 February 2013 and its measures started to come into force from 1 October 2013 when councils began to accept applications for new licenses. The new Act repealed the Scrap Metal Dealers Act 1964 and Part 1 of the Vehicles (Crime) Act 2001, creating a revised regulatory regime for the scrap metal recycling and vehicle dismantling industries in England and Wales.

The cashless trading measures brought into force via the Legal Aid, Sentencing and Punishment of Offenders Act 2012 are incorporated into the new Act, which also closes off loopholes in the earlier legislation by drawing vehicle dismantlers and former itinerant collectors (now referred to as “mobile collectors”) into the cashless trading regime. Other changes include a new requirement for scrap metal dealers to verify the full names and addresses of sellers. Click on the following link to download the new Scrap Metal Dealers Act. 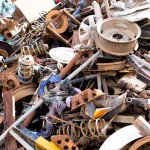 We provide a wide range of services that complement each other, please see the list below, if you can’t find what you’re looking for give us a call as we are always looking to go that one step further. 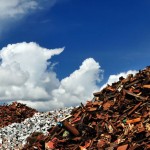 Scrap metal can be surprisingly complex for those who are not well acquainted with the industry, there can be many grades of Ferrous and Non Ferrous materials which all have to be sorted and segregated ready for sale into the market place.

Please see our list of Ferrous and Non Ferrous grades which we deal with.

Please take a look at our services page for a list of services provided.

We recycle 100% of the materials we receive and continually strive for more ways to add value to our product.